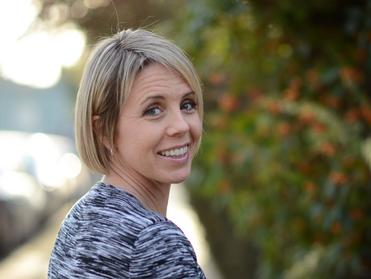 Shannon has been a force in the Stand Up Comedy world since coming on the scene in 2001.  Early on she worked at the Laugh Factory during the day and performed at clubs all over LA at night.  Eventually getting into corporate comedy and booking gigs across the country.  Industry professionals describe Shannon as an "Early Ellen DeGeneres."  Her timing and quick witted comedic style connects with audiences of all ages.  She has opened for Paul Reiser, Felipe Esparza, Jon Dore, and featured for Gabriel Iglesias and Erik Griffin just to name a few.

Early on, Shannon found a passion for teaching.  Helping other comics with punch-up, then running comedy workshops on the west side, teaching her own private and group comedy classes, running Flappers Comedy University in Burbank and now focusing solely on private stand up writing sessions for beginning comics to headlining comedians, professional speakers, and CEO’s across the country.

Her work has received critical acclaim, including rave reviews in the Examiner and Wall Street Journal online. She was a corespondent for Refused TV, she's a cast member of Beachbody's home fitness program P90X3, and is a co-host on the Sing-Talk vodcast.

When she’s not teaching, writing, or performing you can find her at home in Los Angeles, CA with her husband and their two dogs.  If she's not there, she's at the barn teaching her horse to do their taxes. And if she's not THERE, you probably should put a call into Keith Morrison at Dateline.